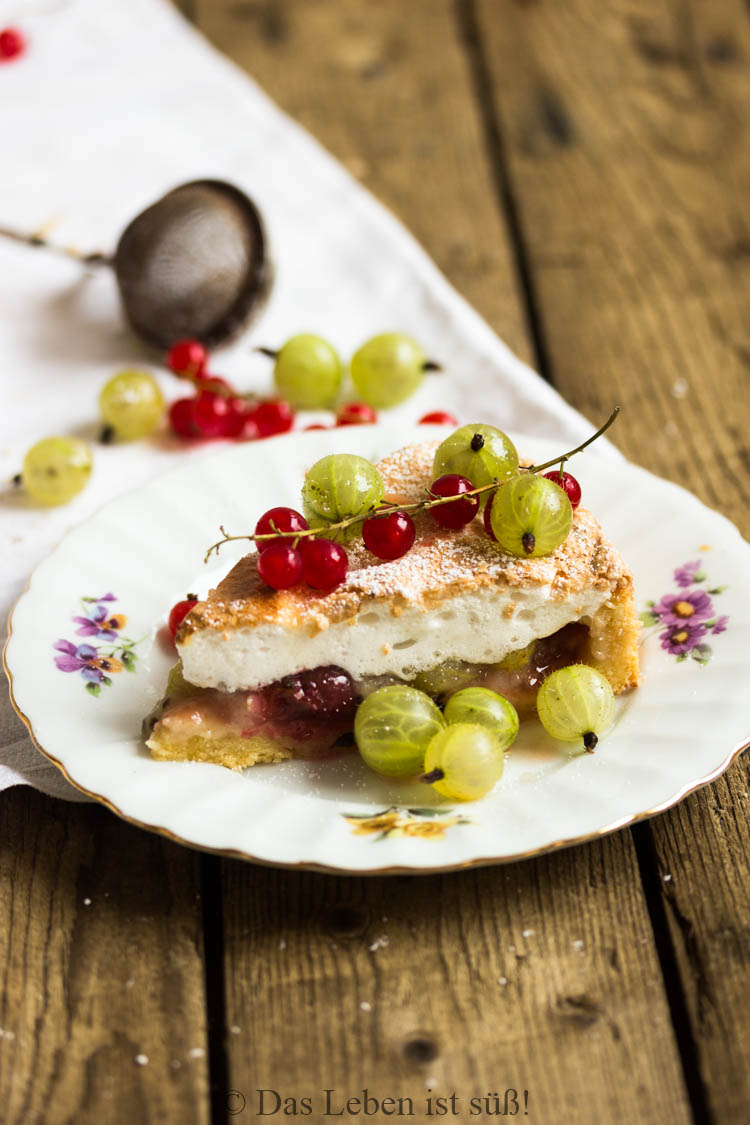 They say that nobody actually sticks with his or her New Year´s resolutions. Guess I´m proving everybody wrong then. I have to admit though, that it probably has less to do with my discipline and more with the fact that I get to bake a traditional cake every month, but hey, whatever works right? Since starting my New Year´s resolution I´ve not only made and eaten a bunch of delicious things, I also learned quite a lot. What can go wrong with your ganache for example. Or that yeast and I are becoming best buddies. That some things will never change (I still don´t really like Black Forest gâteau) but that sometimes, you have to throw your prejudices over board. Which brings us to today´s recipe. 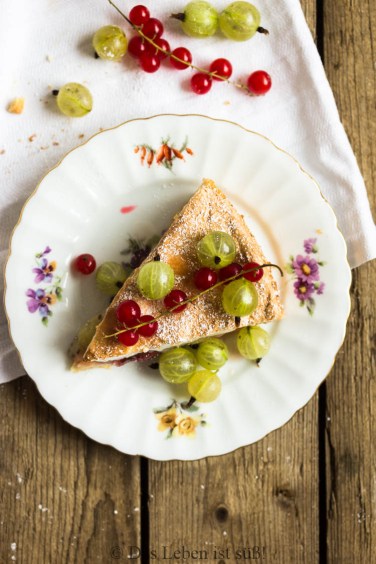 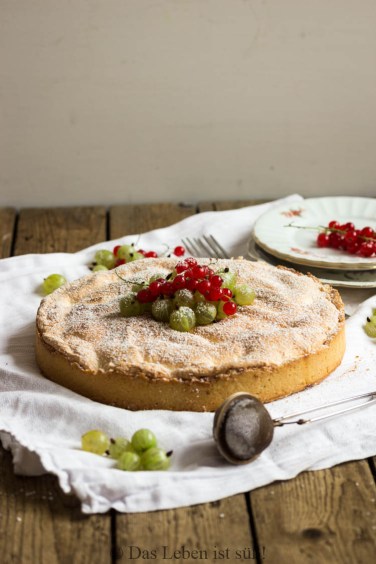 A couple of days ago, my boyfriend brought me a bucket full of gooseberries and red currants he picked in his parents backyard. Gooseberries are very popular and common here in Germany and I loved them ever since I was a little kid, eating my weight in gooseberries during the summer. I never really liked meringue though. However, gooseberry-meringue pie is a very traditional recipe and I knew I had to make it for my cake-challenge. I didn’t really expect much but once I took the first bite I was absolutely astonished by the flavors of this cake. A crispy crust, sweet and tender filling and some very fluffy meringue on top with just the right amount of sugar crust. Why did I always say I don’t like meringue pie? I must have been crazy. 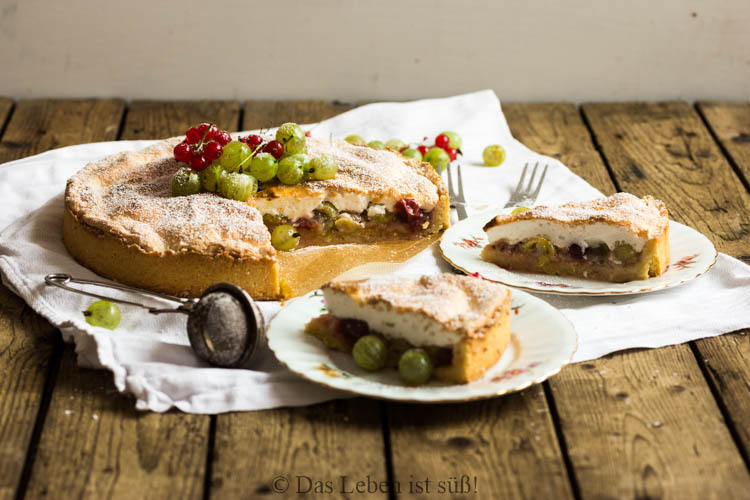 Now you may think I´m biased in praising this recipe since I´m the one who made the cake. I have a few other people backing me up though. Since I didn’t want to eat all of the cake alone (although I probably could have), I brought it to a wedding where everybody was asked to bring something. I didn´t take more than 15 minutes and the cake was gone. So in case you don’t trust me, this cake was tested very thoroughly and scientifically and definitely passed the quality control.

Now gooseberries are very common in Germany, however, I don’t know if that holds true for other parts of the world. If you can´t get a hold of gooseberries, this cake works just as well with red currants. In that case, just substitute white wine with some red berry juice. You could also use rhubarb, in that case no substitution is needed. 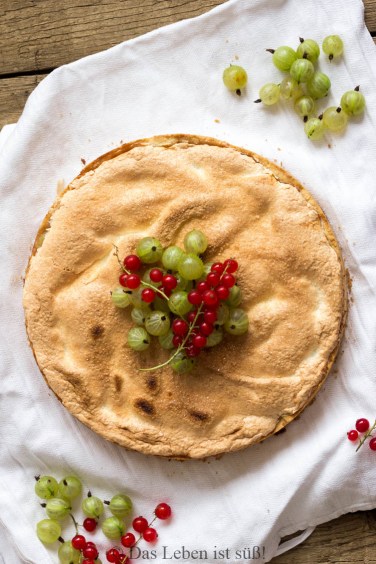 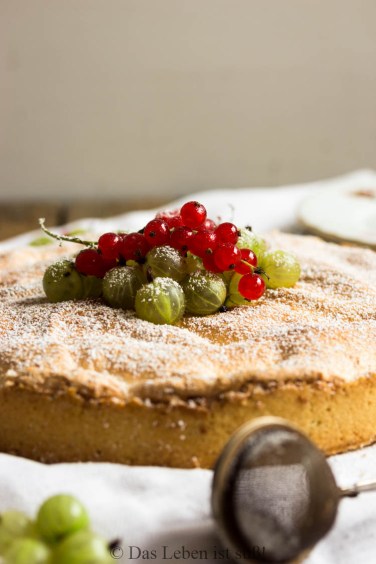 1) For the crust, mix the cold ingredients and knead until you have a firm dough. Wrap in cling foil and chill for 30 minutes. Butter a spring pan. Roll out the crust on a well-floured surface. Transfer to the spring pan and trim the edges. Pierce the dough several times with a fork and bake in the preheated oven at 180°C for 12-15 minutes until light brown. 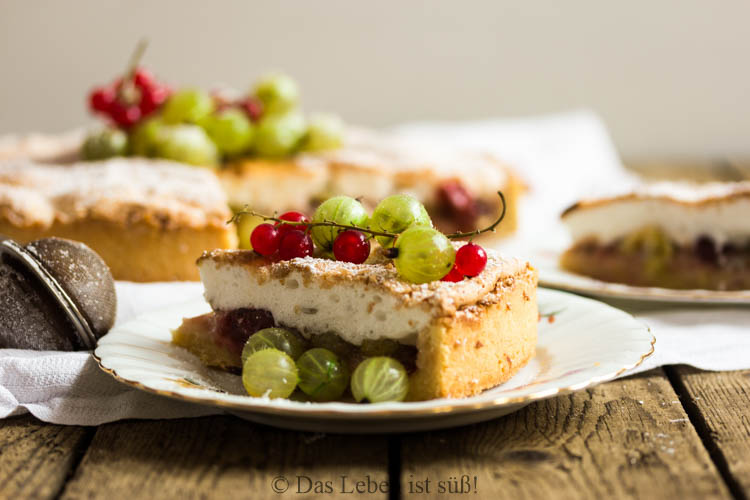