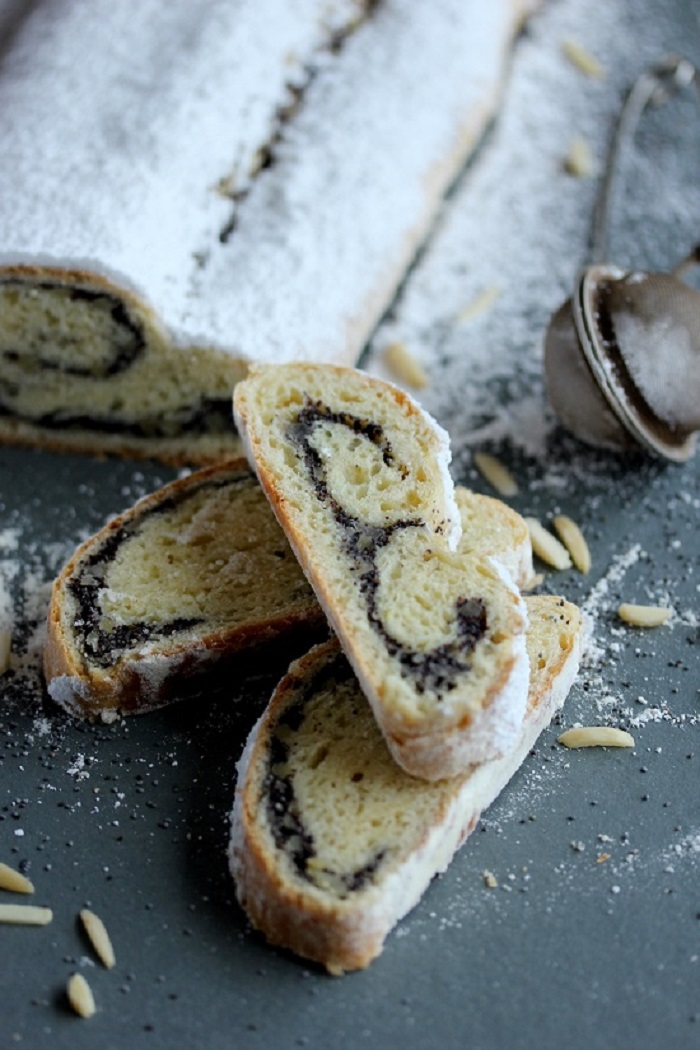 Happy New Year everybody! Did you have a good New Year´s Eve? I hope everyone had a great holiday, awesome New Year’s Eve party and can now start 2015 with a full belly, happy thoughts and without any stress. And without too many New Year’s resolution please!

I am not the biggest fan of New Year´s resolutions. Mostly due to the fact that I can never keep them. Just look at all the times I decided to get my lazy butt of the couch and start working out. The times I actually did go to the gym in 2014 are rather rare. So before I can get frustrated, I usually never make any resolutions.

This year however I do have one resolution regarding this blog. I´ve been thinking about this for quite a while now. It has to do with this blog, what inspires me and what I want to communicate and convey with it. 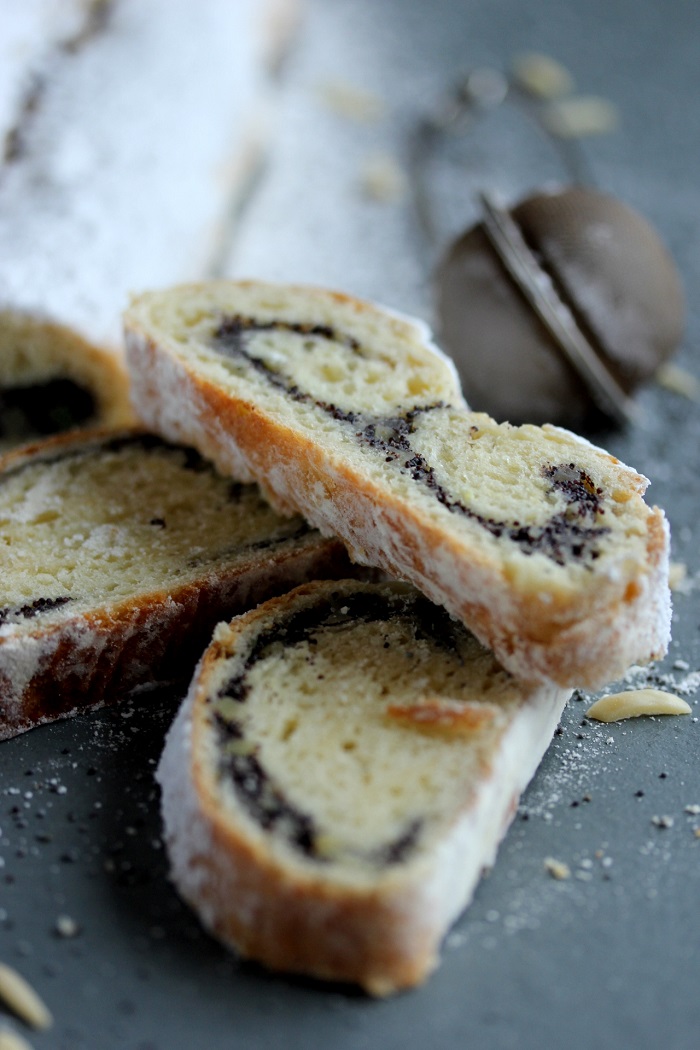 I was influenced and affected by very different things throughout my life. My ideas and preferences of recipes depend highly on the season, recipes I find on other blogs or cooking books or my travels to different countries. Cooking and baking is something that always develops and changes over time. I have traveled a lot throughout the years and I always returned with loads of ideas and inspiration which made their ways into my kitchen and my recipes. That is also why I absolutely love the international blogger scene. Even though you might have never been to a specific country, it is still possible to get inspired and learn something about the local cuisine just by following bloggers all around the world.

I am not the biggest fan of the typical German cuisine though. I did not grow up with what you would consider typical German food. We never ate Stullen (bread with cheese or meat toppings), instead we ate tons of Tortilla and only occasionally the traditional Sonntagsbraten. The German cuisine typically involves a lot of meat, potatoes and cabbage or kale. And since I don´t eat meat and don´t like cabbage, it gets rather difficult to find a typical dish that I really like. Apart from Bratkartoffeln, Käsespätzle and Pfannkuchen.

The German baking tradition on the other hand is something that I really love. Something that is very typical for Germany is to have Kaffee und Kuchen (Coffee and cake) in the afternoon. Everybody gets together, has a piece of cake, some coffee or tea and talks about whatever is on their mind. Even though my family didn´t practice that tradition a lot, I really like it and all the different kind of cakes pastries it has brought over time. Germany really is the land of baking cake; there are tons of different kinds, depending on the season and occasion, from Streuselkuchen to fancy chocolate cakes, Christmas Stollen or berry tarts.

When thinking about new recipes for this blog, I realized that I don´t even know all the traditional recipes or have never really tried them myself. And this leads me to the resolution I made for 2015: each month I want to tackle one traditional German cake recipe. There are no restrictions, no matter if it’s a yeast dough or a fancy cake, it should only fit the respective season. I´m starting with my grandma´s Mohnstriezel recipe. She is originally from East Prussia and Mohnstriezel is a typical pastry that is usually made during Christmas time. It is made with a yeast dough and very similar to the traditional Christmas Stollen. But Christmas is barely over so I think this still counts. The recipe makes a lot of dough so trying to make one Striezel out of it can be kind of complicated. I would recommend to just split it and make two smaller pastries. 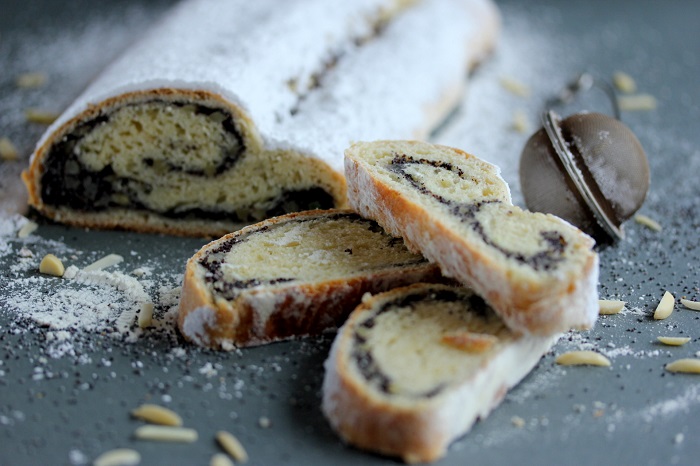 A dash of cinnamon

Raisins if you wish

1) In a bowl, mix flour, sugar, salt and lemon zest. Heat milk until warm and add fresh yeast or, if using dry yeast, add yeast to the flour mixture. Add warm milk, melted butter and the egg and knead until you have a firm dough. Let the dough rise for at least 2 hours.

3) Roll the dough out on a floured surface. Place the filling on top, leaving a frame of about 2 cm on each side. Turn the edges and roll two opposites sites until they meet in the middle. Bake in the preheated oven at 175°C until golden brown. Once it has cooled down, dust with powdered sugar. 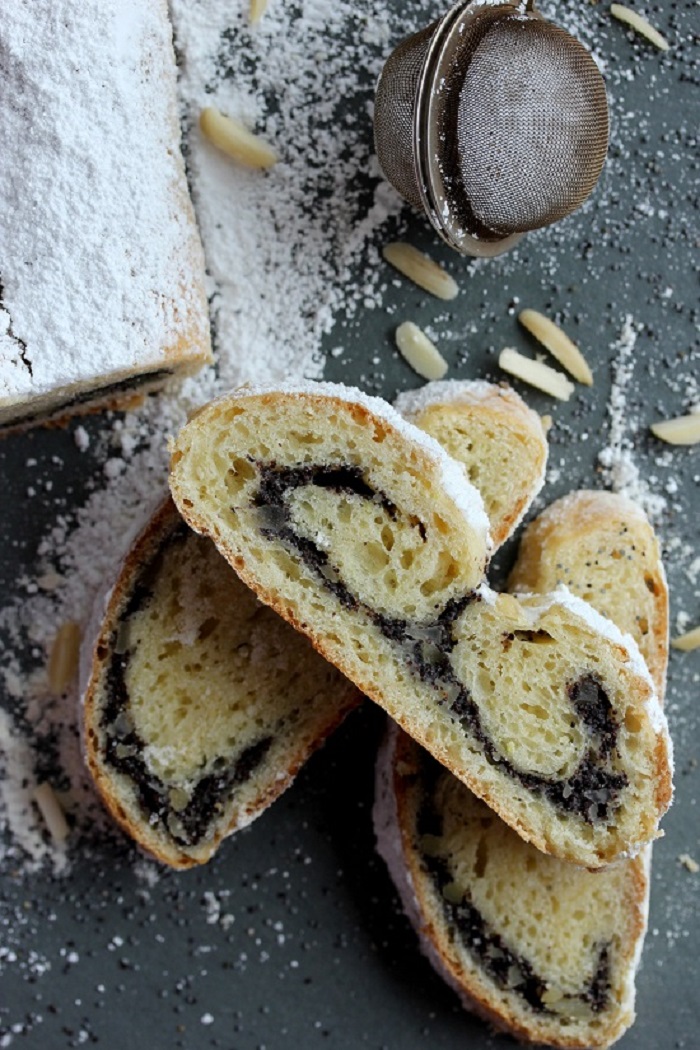