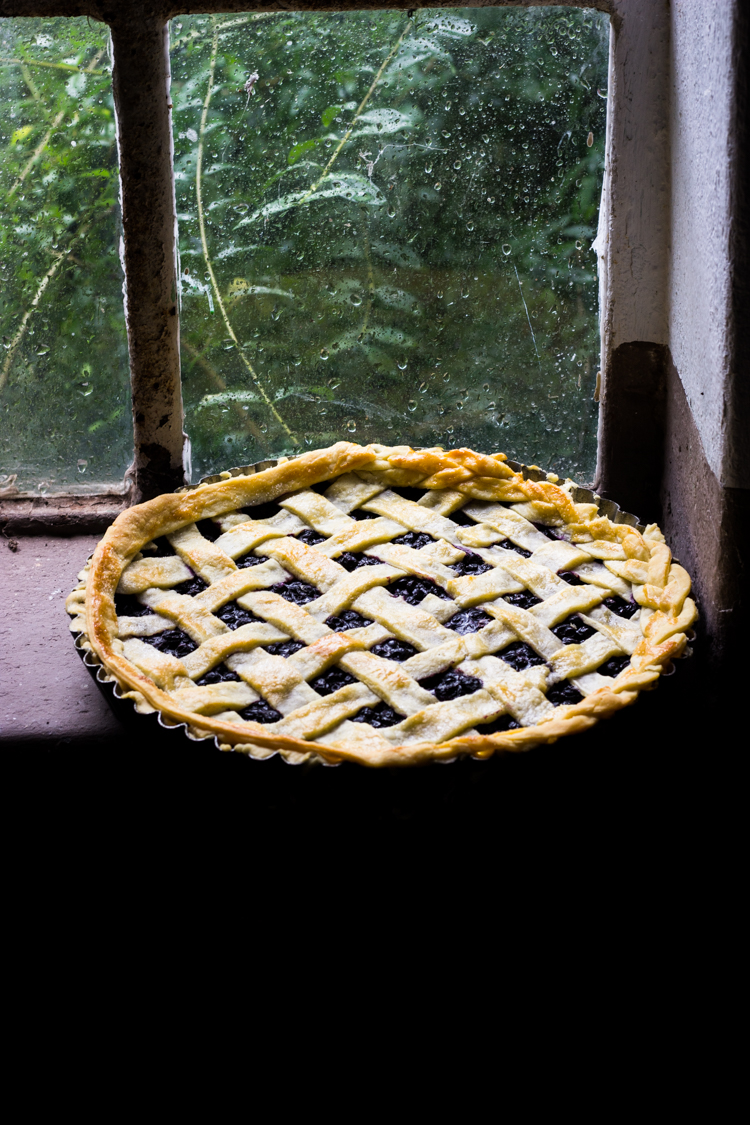 This year doesn´t look too good form my vacation plans. So far there is no trip planned in the foreseeable future so instead of wandering through the Swedish forest, I´ll have to make do with what I´ve got here.

The best way for me to get that holiday feeling is in the countryside when visiting my (potential) in-laws. Warm summerdays are best spend in their lovely garden, watching the many flowers grow. And the best thing: there is a forest right around the corner with hundreds and thousands of lovely little blueberries. 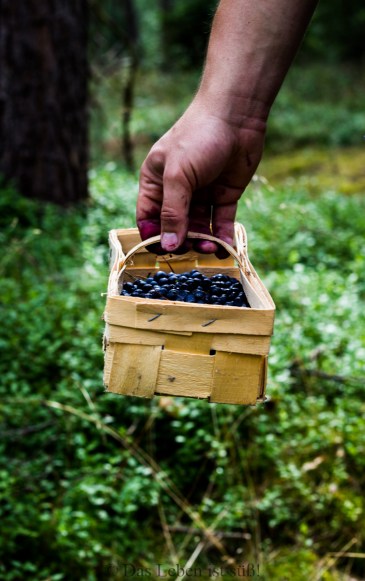 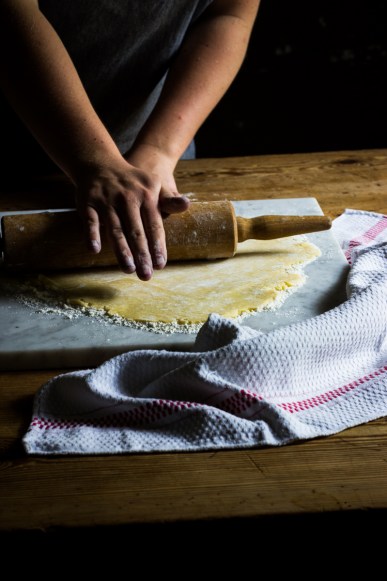 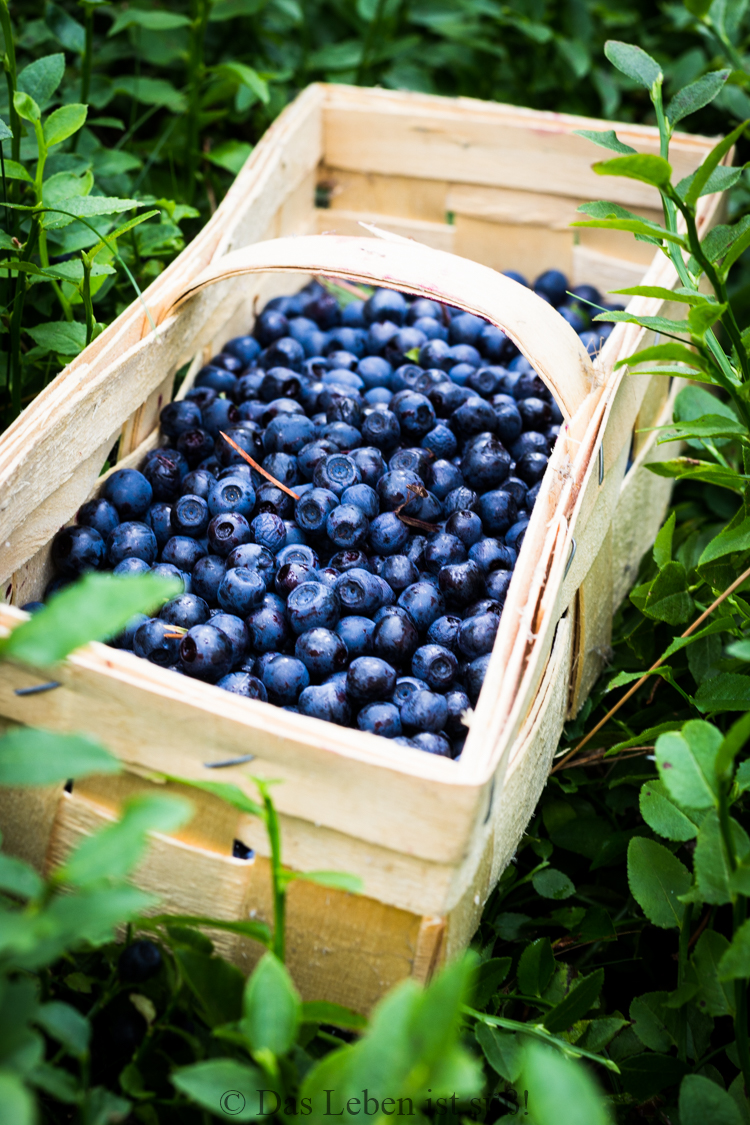 It´s been five years since I first visited the country side and somehow during all those times, my boyfriend failed to mention that there is a blueberry paradise waiting for me close by. Or at least he claims he did but somehow that didn’t get to me. So this year, in order to make up for the lost times we went foraging like crazy. Equipped with rain boots and a basket we set out to pick as many blueberries as possible. We came back one hour later with approximately a kilogram and the best mood. Turns out that picking wild blueberries is incredibly therapeutic and meditative. I should do it more often. However, picking blueberries was only the first step. The next step was figuring out what to do with them. I made pancakes, I ate them with yoghurt but the best decision was to make pie! 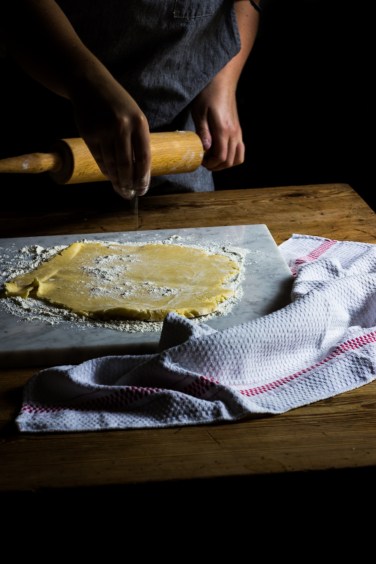 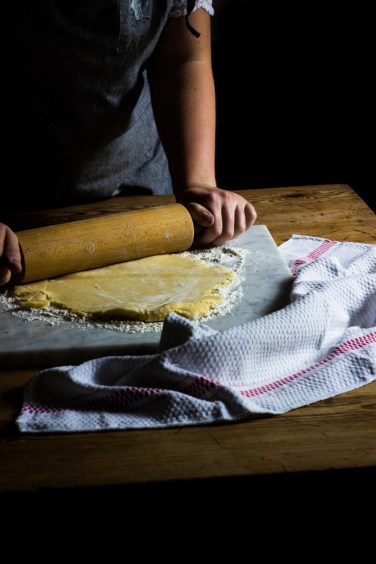 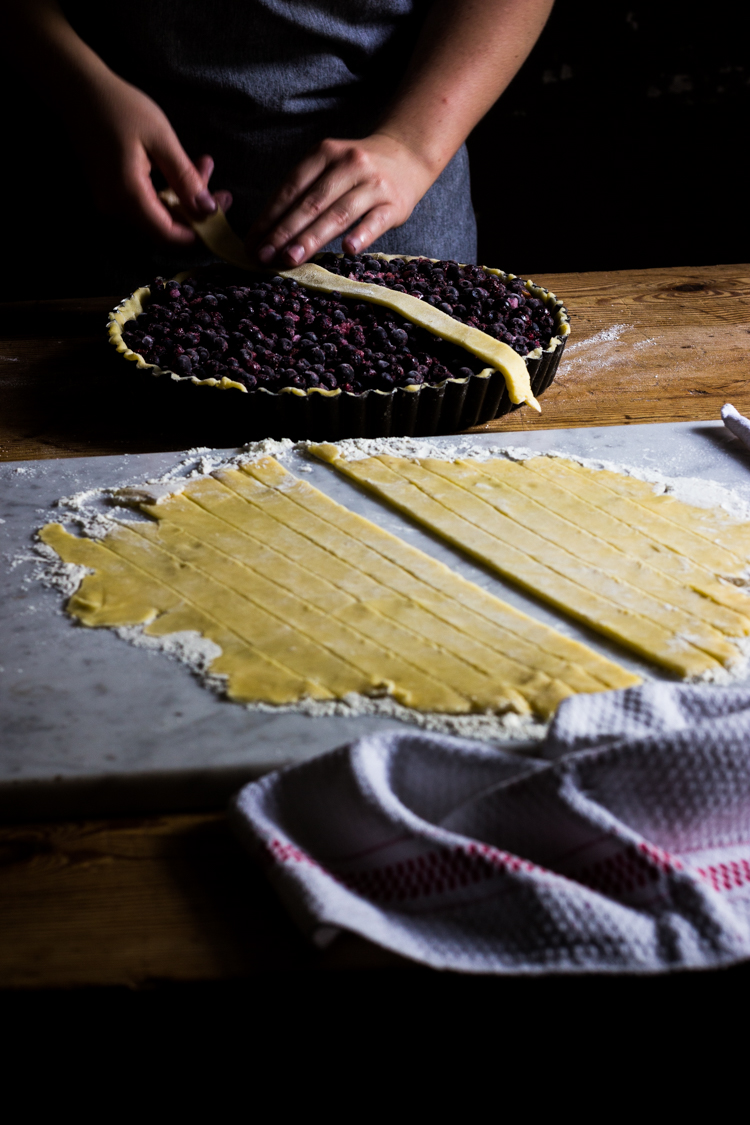 This pie recipe is THE pie recipe. Seriously, it´s the pie recipe to put all other pie recipes to shame. I fell in love with it the first time I tried it and it has been overly successful at every summer gathering. However, the recipe is not mine. I found it over at Smitten Kitchen. Deb has always been a reliable source when it comes to recipe so it´s no surprise that I found this treasure on her site. The filling is variable, depending on what´s in season but since everybody knows that blueberries are the queen of berries, you can´t really go wrong with them. 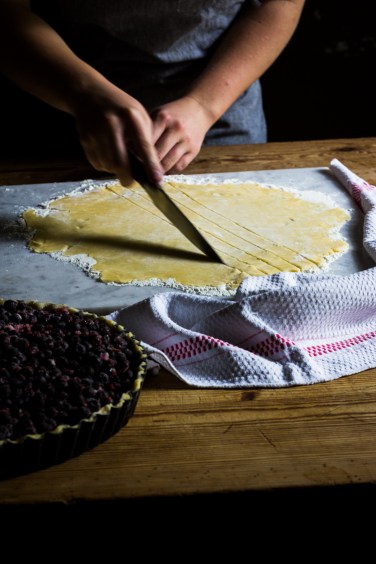 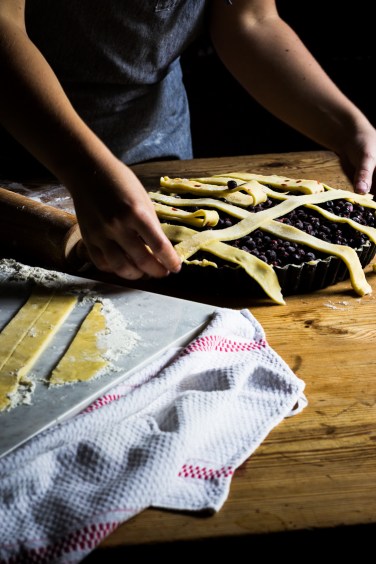 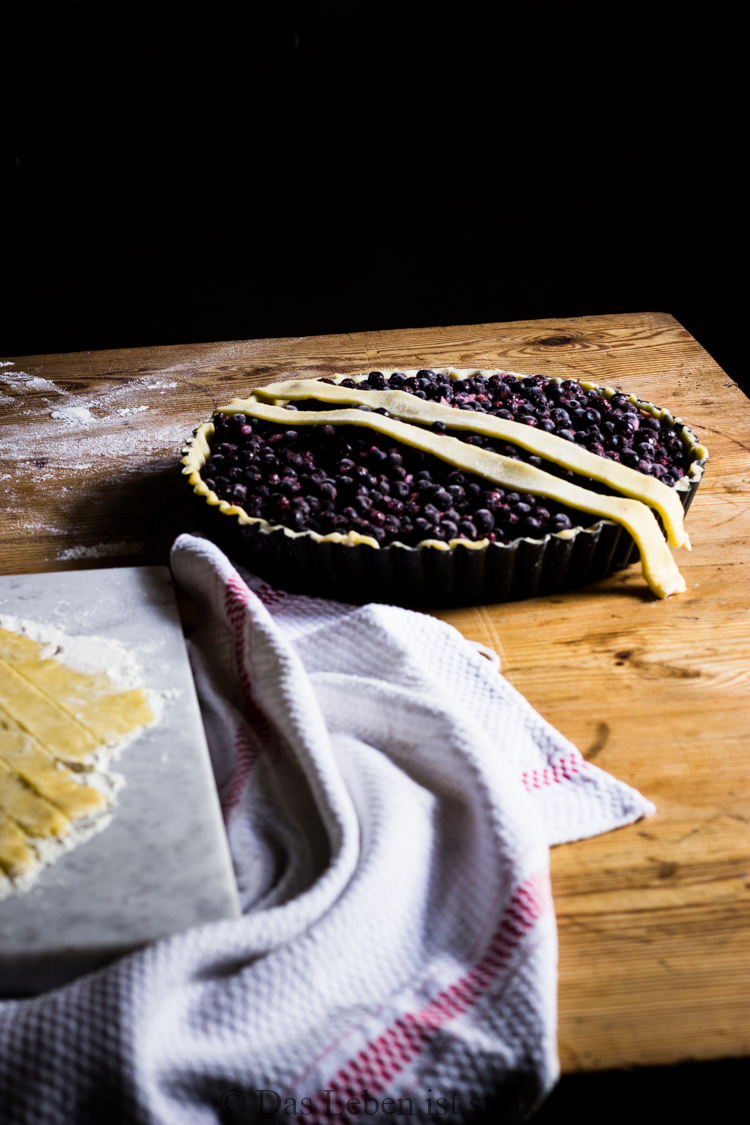 Deb´s recipe is an example of the many recipes I have found over time and which I make over and over again. Adapting them doesn’t really make sense since they are already perfect. But since I usually want to present a recipe that I created, from today on you will find a new page on this blog where I´ll link to all the recipes that I love that I wouldn’t put on the blog (since they are not mine) but that I´d still like to share. Sharing is caring right? Now, on to today´s recipe. 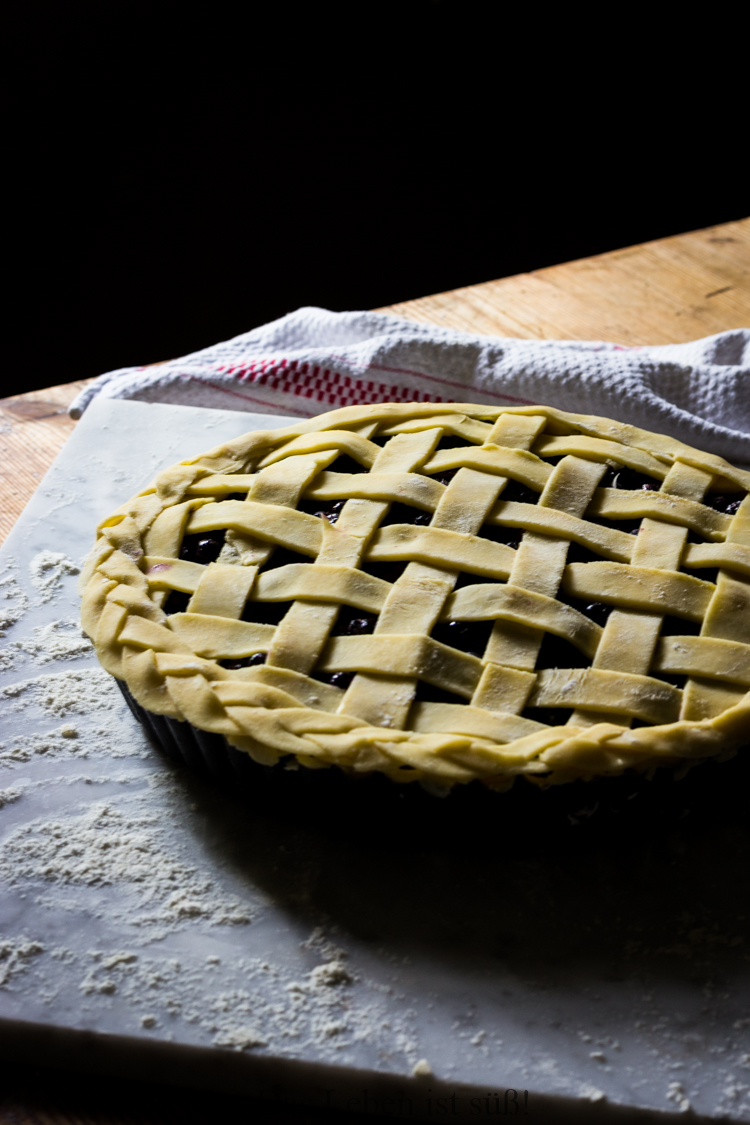 For the crust (Recipe by Smitten Kitchen):

1) Place two ice cubes into the water. In a bowl, mix flour, sugar and salt. Add cold, cubed butter and and using a handmixer, work the butter into the flour mixture until you have small crumbles. Add the cold water one tablespoon at a time (you won´t need all of it, adjust to your liking) and using your hands knead quickly until you have a firm dough. Wrap dough in plastic wrap and refrigerate for 1 hour.

3) To assemble the pie, roll the bottom crust out on a well-floured surface. Transfer to a pie pan and trim the edges. Spoon the filling into the piecrust. Roll out the second crust and and place on top of the pie, either as a lattice or however you prefer. Whisk the egg and brush the pie crust, then sprinkle with sugar.

4) Bake the pie in the preheated oven for 15 minutes at 200°C. Reduce heat and bake for another 30 minutes at 150°C until the pie is golden and the filling is bubbling. Remove from the oven and let cool completely before serving. 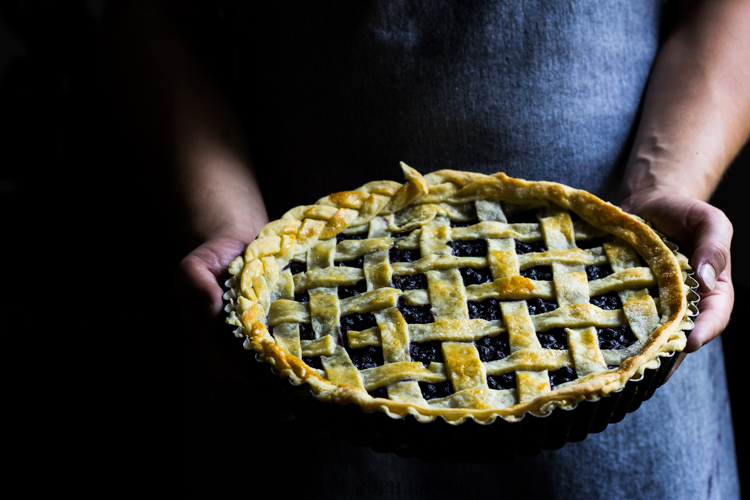