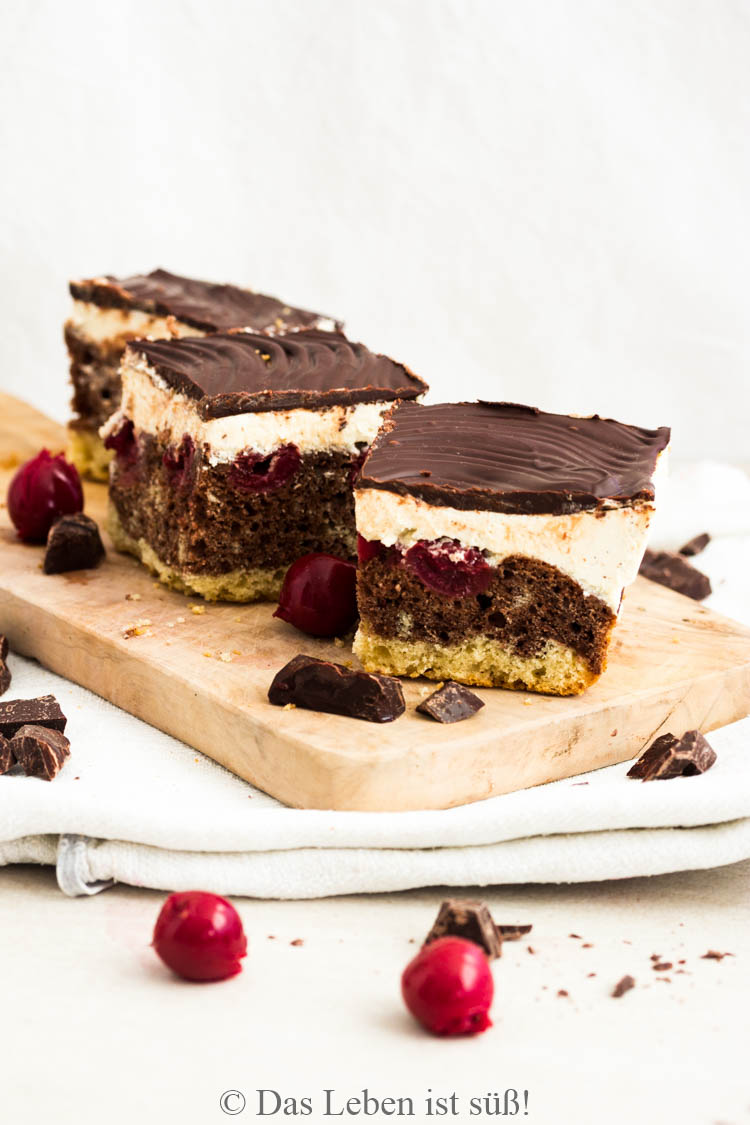 Guys, it´s officially Christmas time. We already had our first snow, the Christmas decoration is up, the Christmas market has opened its doors and I´m guessing most of us have either made or eaten the first cookies. So I´m using this first Advent to present you the most christmassy recipe of them all: Danube waves cake! Wait…what? 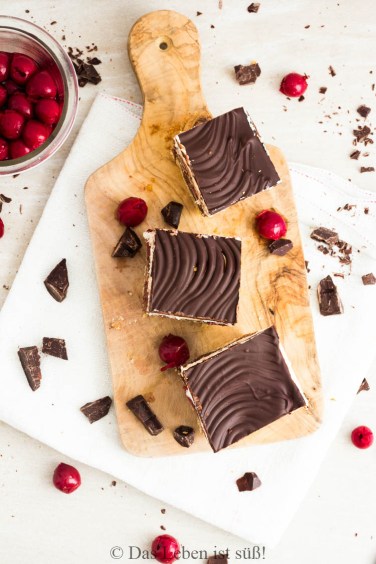 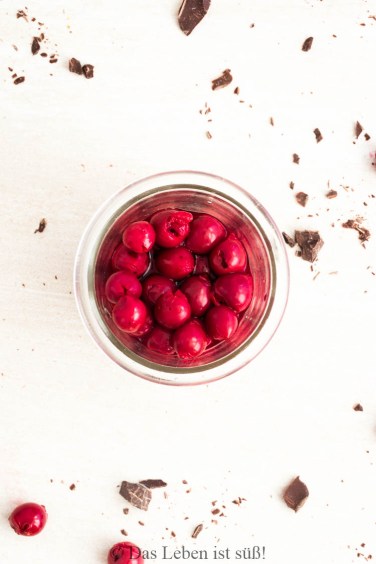 Don´t worry, there will be Christmas cookies on this blog. But I still had to make one traditional cake this month and since most of the local fruit are out of season right now, I decided to go with something more timeless. Like chocolate cake and vanilla buttercream. Add some cherries in between and you got yourself a very traditional German cake recipe. 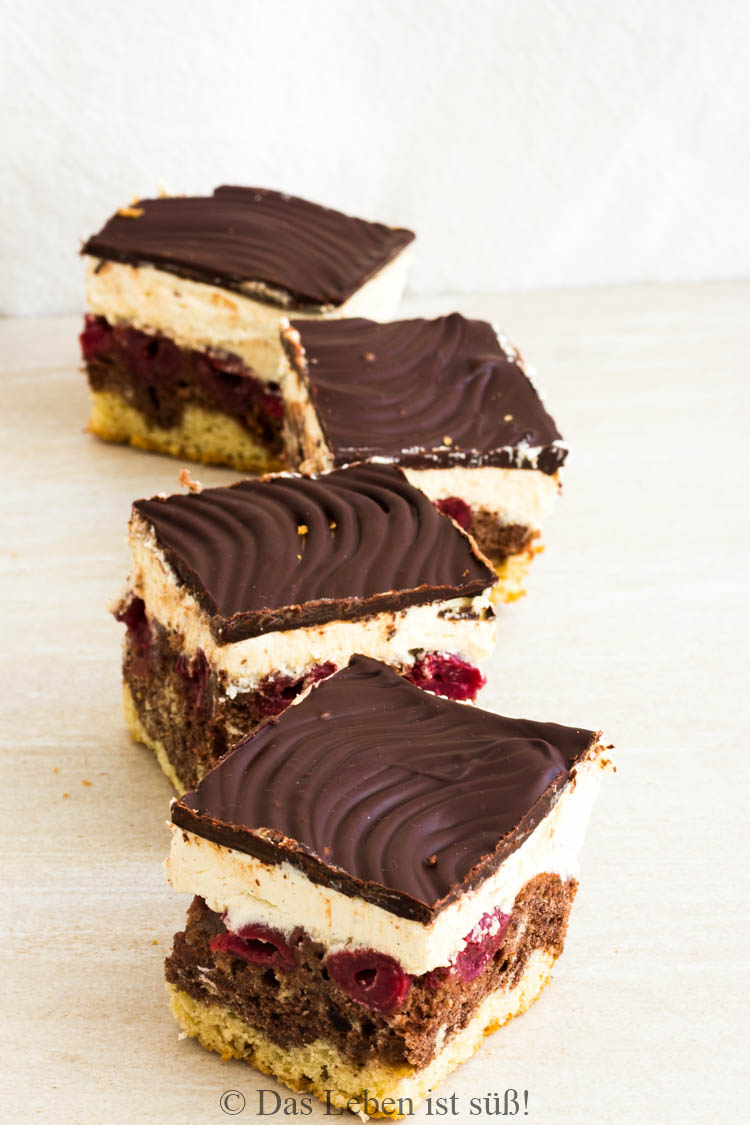 Danube waves cake is very well known and popular here in Germany. The Danube is very long a river which flows through southern Germany and a bunch of other European countries before emptying into the Black sea. Don´t ask me what chocolate and cherries have got to do with the river but at least you can see the waves in the couverture right? Another (more fitting) name for this cake is Snow White cake. You know, because “skin as white as snow, lips as red as blood, and hair as black as ebony”. Whatever you want to call this cake, it is pretty delicious. So let´s get started, shall we? 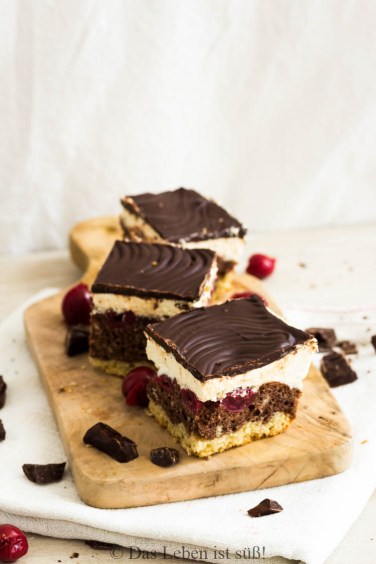 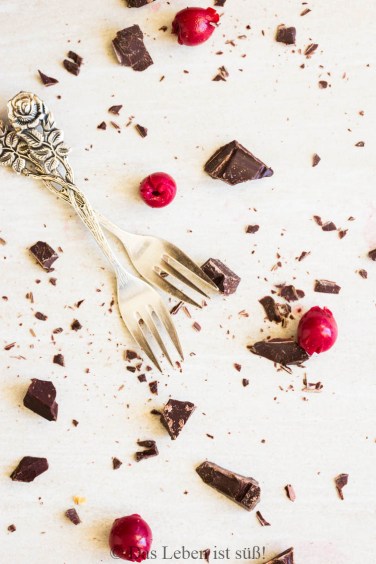 Notes to the recipe: 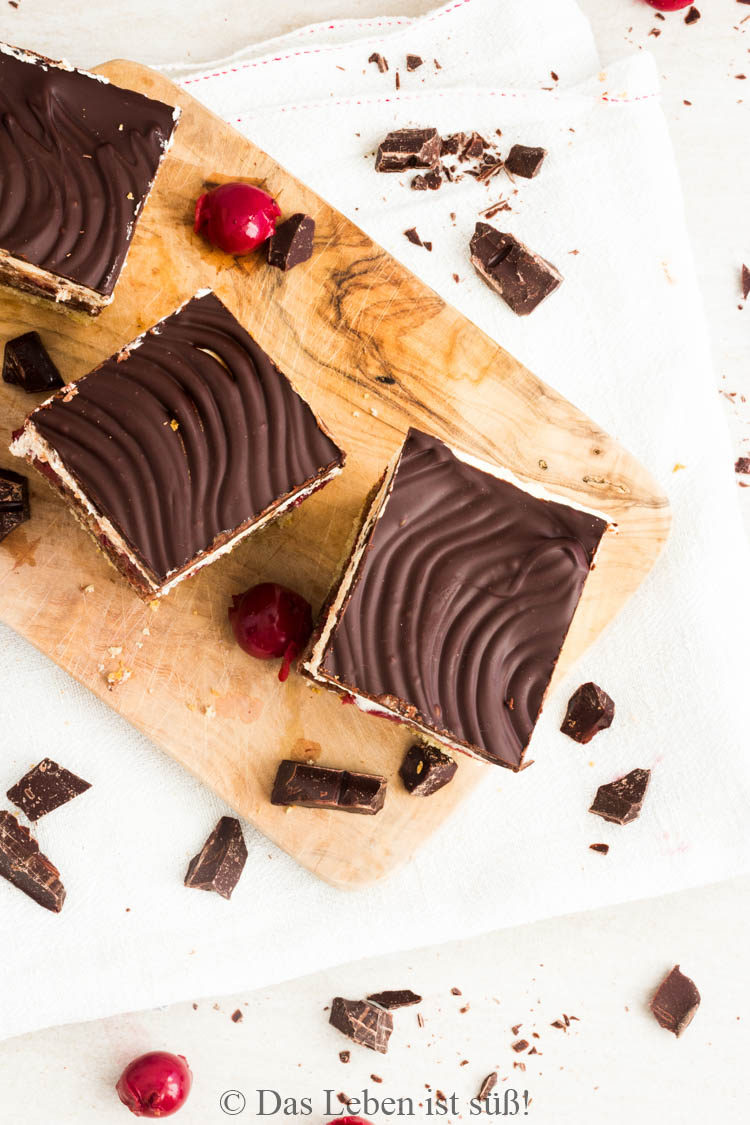 For a medium sized casserole dish:

For the chocolate glaze:

4) For the buttercream heat milk, core of the vanilla bean, vanilla extract and sugar until cooking. In a cup,  mix corn starch with a couple of tablespoons of milk until it has dissolved completely. When the vanilla-milk-mixture is cooking, take the pot of the heat and stir in the corn starch. Keep stirring until you have thick texture. Let the pudding cool completely.

5) Beat the butter until fluffy. Keep mixing while folding the pudding one spoon at a time into the butter mixture until you have white fluffy buttercream. Spread the buttercream evenly on top of the cake. Refrigerate. 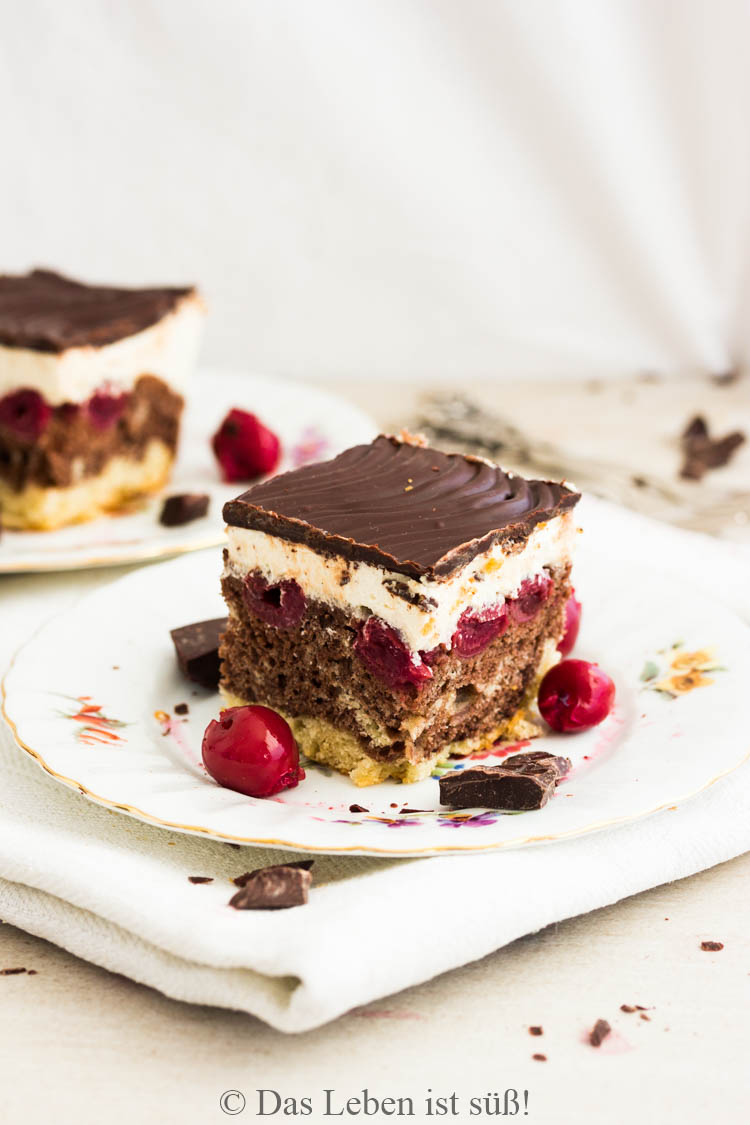