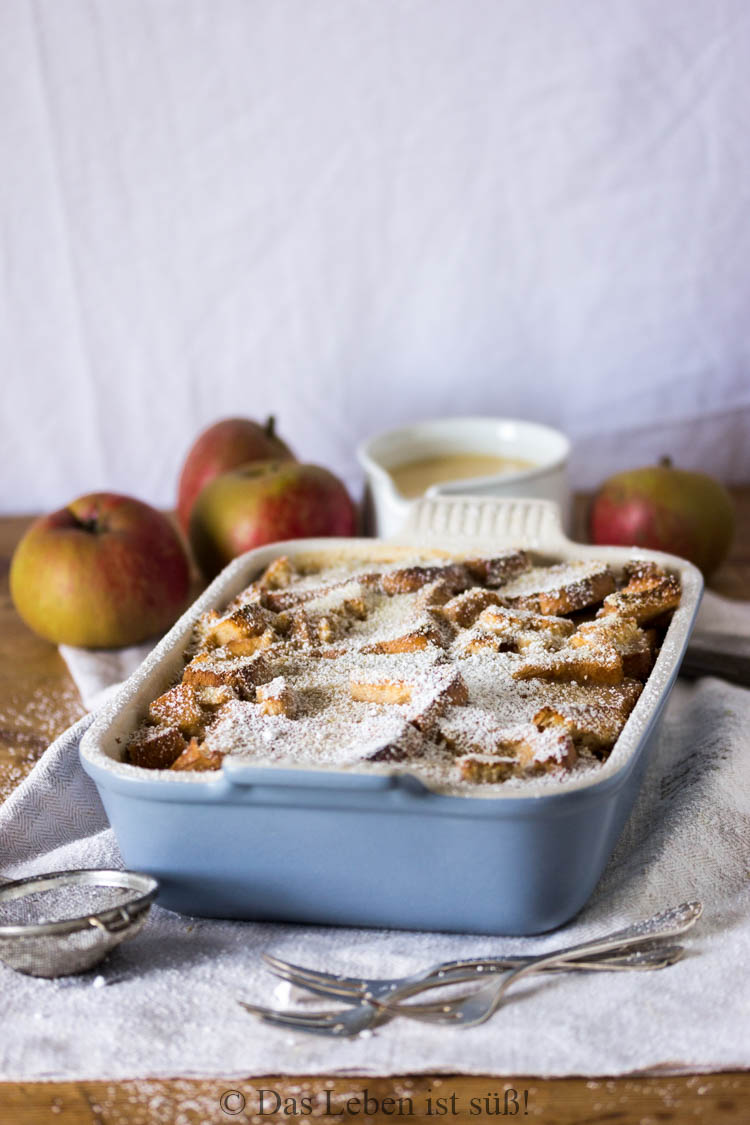 Finding a birthday or a Christmas present for me is the easiest thing in the world. All you have to do is keep the following checklist in mind:

If you answered one of those things with yes, then you are good to go. It has pretty much always been this way, which is way I started getting cookbooks for Christmas ever since I was little. One of those is a cookbook called “Kinderküche Spitzenmäßig” which roughly translates to excellent children’s cuisine. In it, a bunch of gourmet chefs were asked to contribute a recipe and the result is exquisite. Instead of French fries or basic spaghetti, this book offers the best recipes, from homemade pasta and gnocchi to quiches, salads and desserts. Some of the recipes might have been a bit too exquisite for my child taste buds but now I often see what inspiration I can find. One of the recipes that I did make a thousand times is today´s recipe. Baked apple-zwieback-pudding or instant happiness out of the oven. 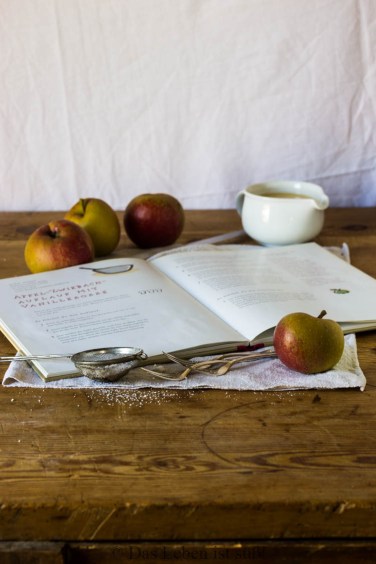 The recipe might not look very spectacular. There is no fancy buttercream frosting or rainbow sprinkles involved. No color explosion on your plate or interaction of the most exotic ingredients. It´s motto is more of an understatement but don’t underestimate it. The first thing you will notice is that the whole house slowly starts to smell like cinnamon. Then you take the pudding out of the oven, cut of a piece, drizzle it generously with the most amazing vanilla custard and as soon as you try it you are lost. There is no stopping until all of it is gone, trust me. It is just that damn good. Confirmed by me and an independent representative sample*.

(*and by that I mean my boyfriend and close family members)

This recipe tastes best when prepared with apples from your backyard and fresh out of the oven. The best thing about it is the vanilla custard. It is a little tricky to prepare but if you succeed you´ll be rewarded ten times over. Now, the only problem remaining is that I don’t know if the concept of Zwieback is known anywhere outside of Germany. It´s a crisp type of bread, which according to Wikipedia is mostly eaten in the northern part of Europe (and Italy and Greece I guess). If you can´t find it, you might try to substitute with toast but I can´t guarantee that it will turn out. Let me know though, if there is anything it can be substituted with.

For the vanilla custard:

1) Preheat the oven to 190°C. Cover zwieback with milk and let sit for a while. Peel the apples and grate, drizzle with lemon juice so they don´t turn brown.

2) Mix cinnamon and sugar and add half of it to the apples. In a separate bowl, mix crème fraiche with eggs and add the remaining sugar-cinnamon mix.

3) Butter a casserole dish. Place half of the zwieback on the bottom and cover with apples. Add the remaining zwieback and pour the crème fraiche mixture on top. Add breadcrumbs and small flakes of butter. Bake in the oven for about 30-40 minutes until golden brown.

5) Using an electric mixer, whisk egg yolk and sugar for about 5-10 minutes until white and creamy. Carefully add hot milk while stirring. Place the pot on the stove and using medium heat, carefully cook until the custard starts to become clear and thicker. This takes a while, don´t use more heat though or otherwise the egg will curdle.

6) Pass the custard through a sieve. Right before serving, fold under whipped cream. 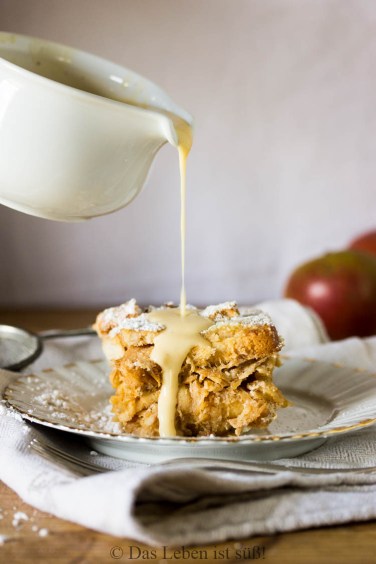 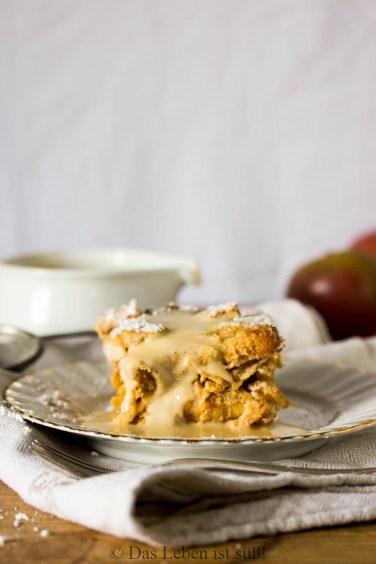