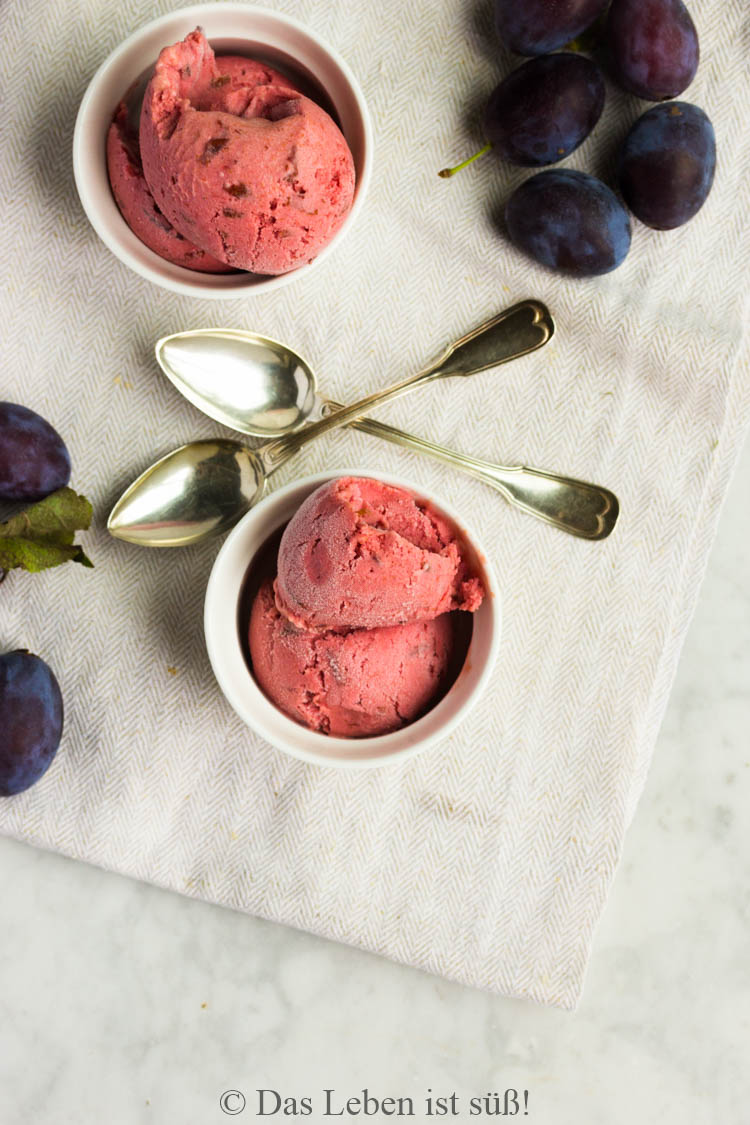 Ever since I started blogging a lot has changed in my kitchen. When I moved away from home I left with a box full of old pans and pots, knife and forks that I found in my parent´s basement and my first set of plates and cups. My first apartment had a teeny-tiny kitchen with no windows and basically no room for storage. But since I didn’t have a lot of stuff anyway I didn’t mind and I happily cooked in that kitchen for four years. But then I started blogging and ever since, my kitchen appliances and utensils have probably tripled. 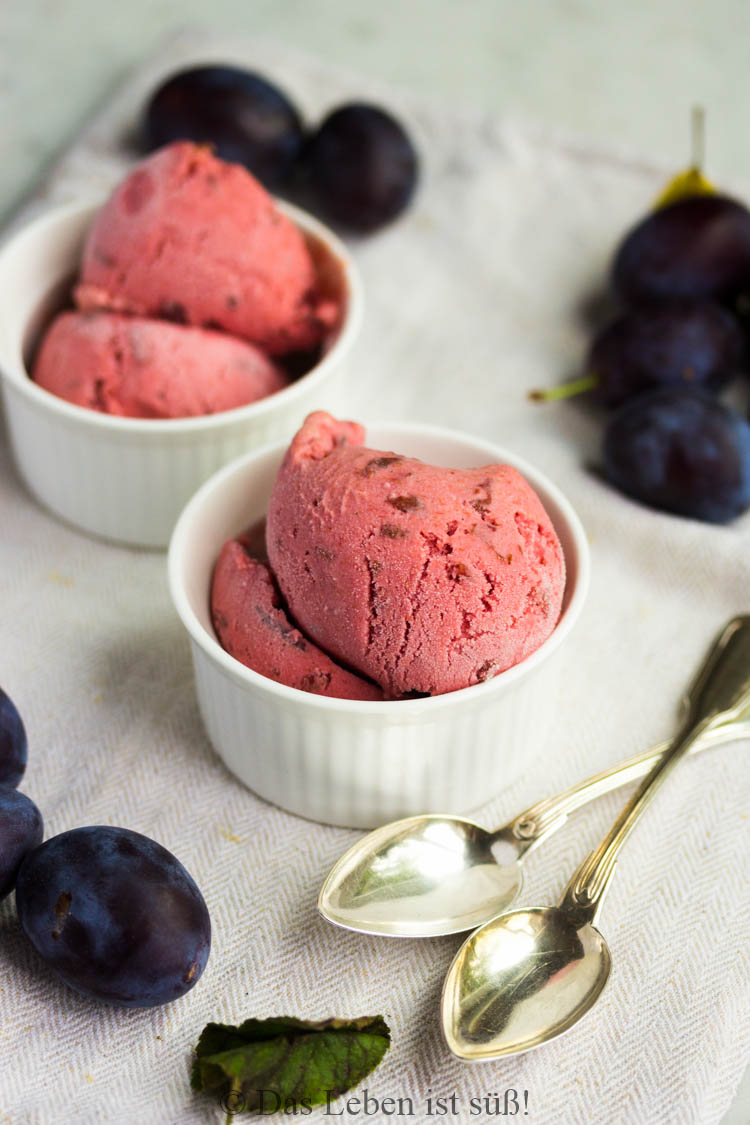 It started with antique plates, then came a blender, a pasta machine and a waffle iron. Occasionally some glasses or kitchen towels found their way into my kitchen. It became more and more difficult to store everything in that shoebox-sized kitchen but since I had to move anyway for my Master’s degree I decided to base my decision for a new flat mostly on the size of a kitchen. I did manage to find a bigger kitchen, which even has a window, what luxury.  But because I had so much more room now, of course I had to give shelter to a lonely juicer. My latest addition moved in a couple of weeks ago. It´s something I´ve wanted for years and somehow the gods (or my parents) answered my prayers and I got a beautiful ice cream maker for my birthday. Which now leaves me with probably the most decadent kitchen a college student ever had. Other people buy a flat screen TV or a new phone every year, I spend all my money on kitchen stuff. It´s called setting priorities and apparently I´m really good at it. Besides, my old TV works perfectly fine, who needs bright colors and high definition anyways. 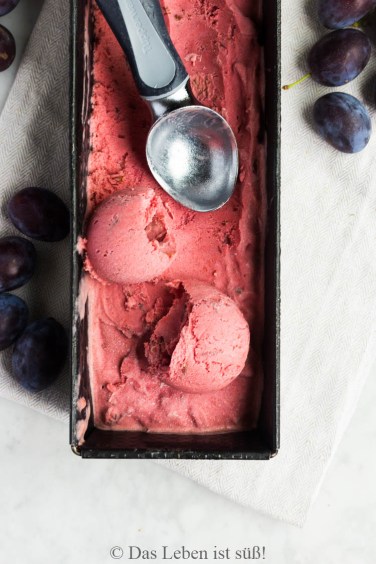 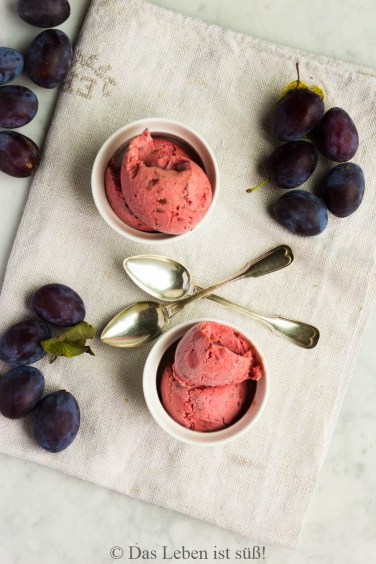 Homemade ice cream is the best thing ever. Seriously. Anyone who has ever tried homemade vanilla or double chocolate chip ice cream will probably approve. Or just try this one, I´m sure you´ll be convinced afterwards. This recipe basically only exists because I picked way to many plums and didn’t know what to do, apart from the obligatory Datschi and plum compote. So now we have ice cream. The recipe is pretty easy to make, no egg whipping involved. All you have to do is cook plums and mix with heavy cream and voila, you have a perfectly fruity, rich and creamy dessert. 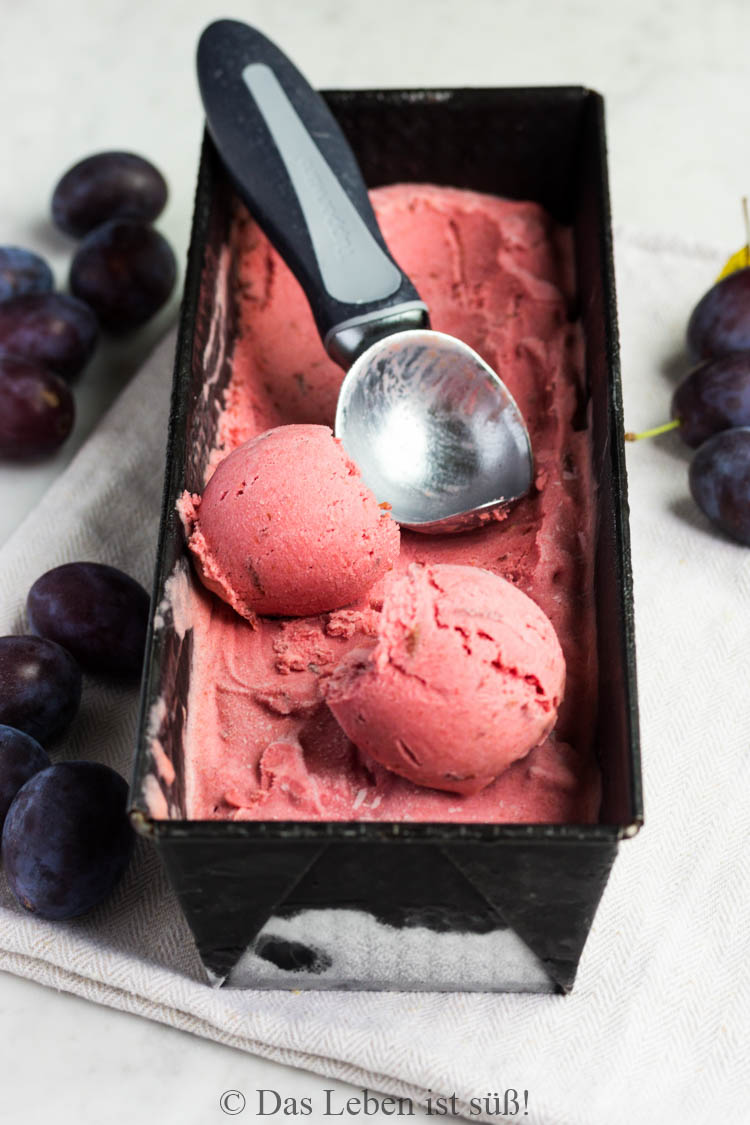 1) Wash plums, take out the core and place in a pot, together with the cinnamon stick, red wine and sugar. (If you are making this for kids, just leave out the red wine). Bring to boil, reduce heat and let simmer for 10 minutes. Take off the stove and let sit for at least an hour or overnight.

2) Cut open the vanilla bean and take out the core. Heat heavy cream and vanilla bean in a pot. Mix with the plums and blend. Let the mixture cool, then freeze according to the instructions of your ice cream maker. If you don´t have one, you can also use a freezer, just make sure to stir every half hour so you don´t end up with too many ice crystals. 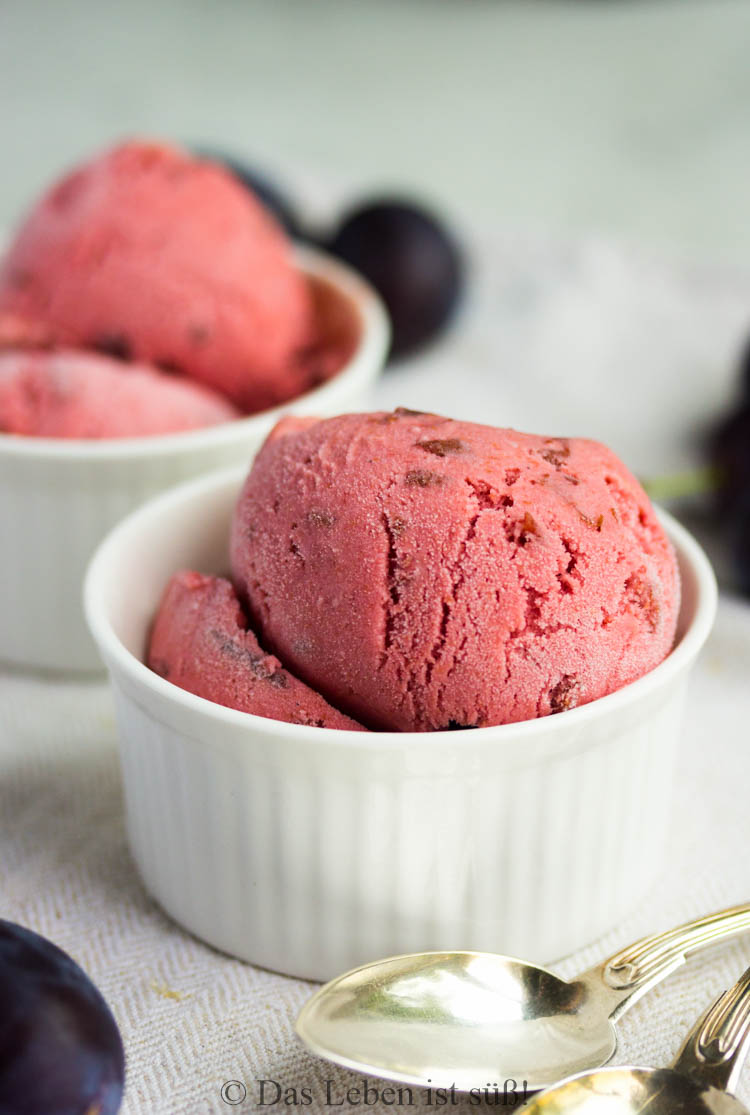