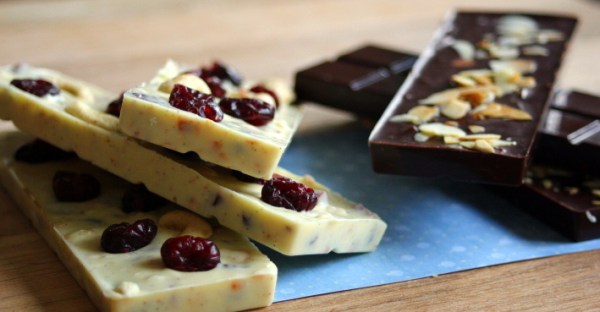 Hello my fellow chocoholics, welcome to paradise. This post is for you. It might be a little longer than usual, but bear with me. This post is about something every person needs – chocolate bars. Of course you can buy them at the supermarket. But you can also make them yourself. I know, I was shocked too when I found out. And then I was thrilled. Does that mean that I get to create my own personal favourite chocolate? Heck yes. It also means that I never have to worry about Christmas or birthdays anymore. What is a better present than a homemade chocolate bar?

I have to say…it takes a while. One needs patience, a thermometer and a chocolate bar form. But if you have all of that and want to try out something new – well there you go. 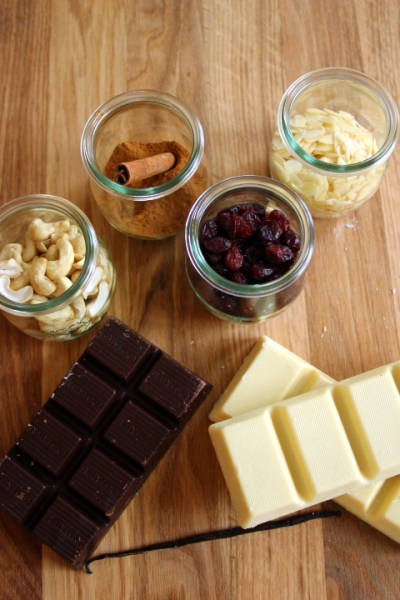 In order to make your own chocolate bars, the couverture needs to be tempered. This means that it needs to melt, cool down and then reheat again. It sounds more complicated than it actually is. But for the perfect result, here is a little bit of chocolate-tempering theory.

Couverture is composed of six different crystals. But only one is perfect for making chocolate bars. The goal of tempering chocolate is to get that one form of crystal that makes the result smooth and shiny. If chocolate is not tempered before adding the other ingredients and putting it into the form, the cocoa fat would rise to the surface and make the bars look unattractive and moldy.

The most important thing to keep in mind when tempering chocolate is the temperature. It varies according to the type of couverture you are using. 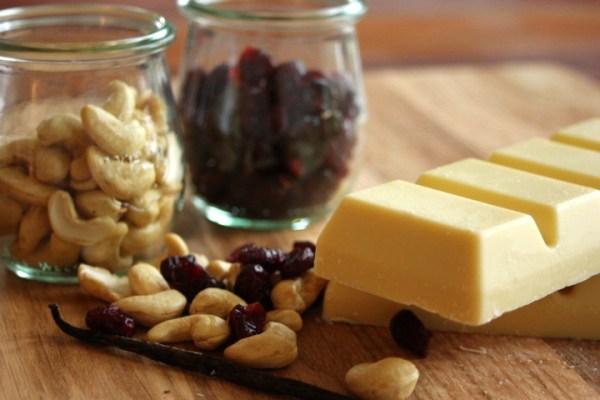 After this little theoretical part, let´s get cooking. First of all the recipe for white chocolate bars with cashew nuts, vanilla bean and cranberries.

1) Split a couple of the cashews in half. Chop the rest finely and roast in a pan without oil until they are golden brown. Cut the cranberries into little pieces. Split the vanilla bean and take out the core. Chop the couverture. 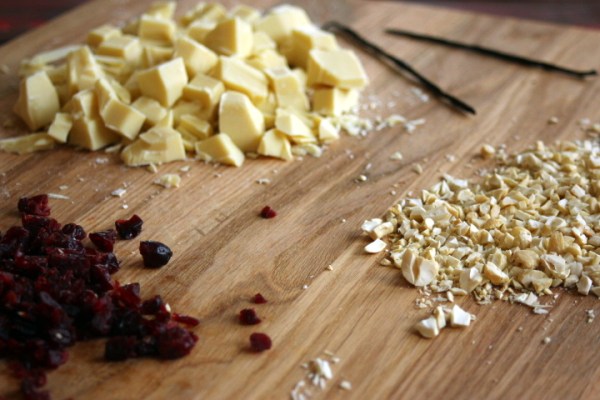 Now to the tricky part.

3) Now the couverture needs to cool down. This works best of you put the bowl into a pot filled with cold water (with a temperature of max. 25°C). The bowl should touch the water, that way the cooling-down-process is a lot faster. Cool the couverture while stirring until it has reached a temperature of 26 – 27°C. If you have reached this temperature, once again, remove the bowl and keep stirring for 1 – 2 minutes. 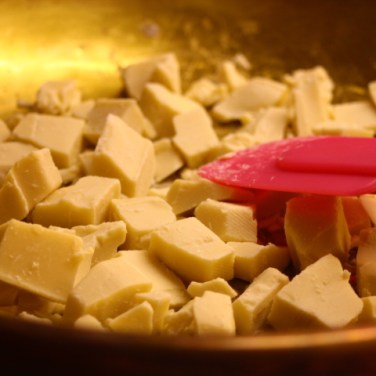 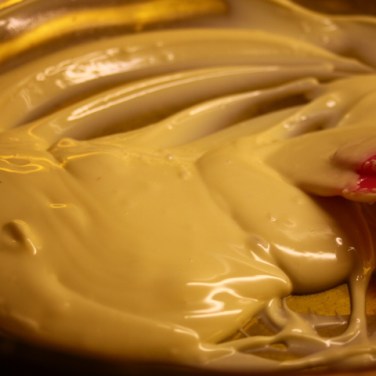 It all sounds very complex and complicated now, but trust me, it is not as hard as it might seem. Once you get the hang of it, it is actually quite easy. The importance is a good thermometer, patience and creativity. You can make chocolate bars with pretty much everything…nuts, coco, M&M´s, dark chocolate, white chocolate…you name it. In order to get you inspired, here is another recipe for dark chocolate bars with almonds and cinnamon. 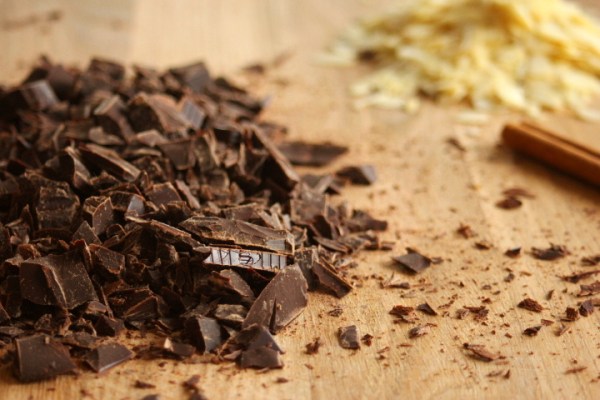 1) Roast the almonds in a pan without oil until they are golden brown. Chop the couverture. Melt in a bowl over simmering water and temper according to right temperature (see above).

2) Once the couverture is tempered, add cinnamon and 25 g of the almonds. Put into a chocolate bar form, decorate with the remaining almonds and let cool. 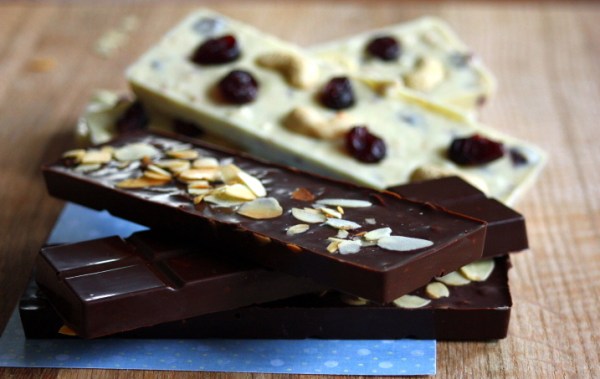