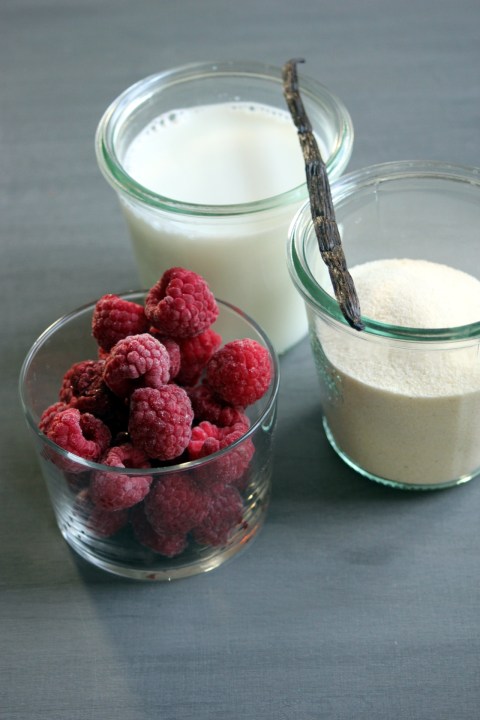 There is an old German fairytale about the “Schlaraffenland” which, according to my dictionary, can be translated into the land of milk and honey. It´s a land where laziness and relaxation are the biggest virtues. Nobody works, the food falls from the sky or grows on trees and instead of water, the rivers carry milk and honey. When I was a kid I always wanted to got there. Not because I was so lazy or obsessed with food (well actually…I always loved food) but because, in order to get there you have to eat your way through a mountain of semolina pudding. A whole mountain! of semolina pudding!!!. I love semolina. Unfortunately, my family was more into rice pudding and I´ve never met someone who is as crazy about semolina as I am. To be honest, I don´t even know if the concept of semolina pudding is known outside of Germany. I know about Polenta in Italy but that is not the same. And of all the countries I have lived in, none had a huge tradition or even knew about semolina pudding. So I´d love to get some feedback…any other countries out there who experiment with different semolina recipes? In Germany it is well known and a typical dish from your childhood. I´ve always loved it more than rice pudding and when a couple of years ago someone introduced me to semolina mousse I was hooked! Since then it has been my all time favourite dessert! 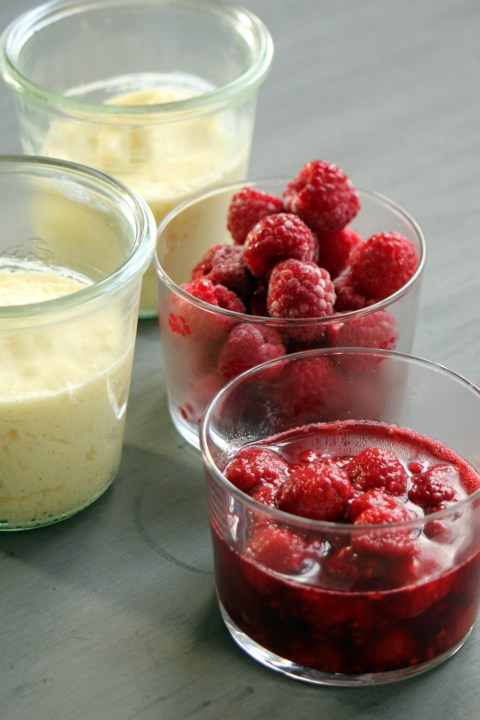 Anybody who might be a bit skeptical about this recipe now…try it! It´s so fluffy and sweet and creamy and just…amazing. Trust me on this one.

I prefer to make this recipe with cooked plums. But since it is February there is no way to get them right now. Instead I tried them with raspberries. Tastes good as well, even though I still prefer plums. But you can just use whatever fruit you have in season right now. Try strawberries, blueberries or peaches for example. 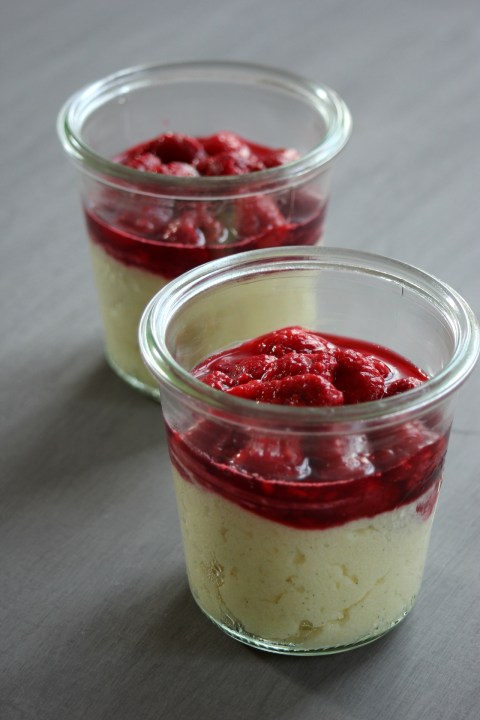 100 g semolina (at least in Germany you can get two different kinds. Be sure to use the finer, soft wheat one)

100 g Quark (it´s a mixture between yoghurt and cream cheese. If you can find it you could try to use ricotta or cream cheese instead)

1) In a pan heat the milk with 40 g sugar. Cut open the vanilla bean, take out the core and add to the milk. You can add the vanilla bean itself too, that way all of the core can dissolve properly in the milk. Once the milk is cooking, add semolina and take the pan of the stove. Stir well and until you get the consistency of a pudding. Then, add two egg yolks.

2) Whip the remaining egg whites with a pinch of salt and 40 g sugar. Add to the semolina pudding together with the Quark or Ricotta. Put the mousse into little moulds and put in the fridge for at least 4 hours before serving them.

For the raspberry sauce I just cooked them together with some sugar and vanilla extract. You can add some corn starch if you like to thicken it a little. To serve the mousse you could turn it out of the molds or just add the raspberries on top.